The Klamath River Basin's Irrigation Elite, which includes rich and politically well-connected federal irrigators in the Lower Klamath and Tule Lake Areas and a handful of rich cattlemen whose operations are above Upper Klamath Lake as well as in California's Central Valley, have not given up trying to obtain the water certainty and subsidies which their lawyer wrote into the KBRA Water Deal. Instead those rich and dominant irrigators are now looking to a Republican-controlled Congress and the Trump Administration to obtain advantages, subsidies and what they most desire, to keep the Upper Klamath River Basin a place where the federal Endangered Species Act is not enforced with respect to agricultural operations.

The Klamath Water Users Association (KWUA) represents those members of the Irrigation Elite who get cheap federal water subsidized by US taxpayers. The Klamath Falls Herald and News reported recently that, with the help of Oregon's two senators and California's Diane Feinstein, KWUA has secured provisions in federal legislation recently introduced in the Senate which, if the legislation becomes law, will: 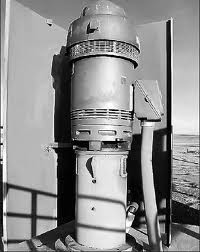 One of several wells and large pumps right on the Cal-Oregon border
which California taxpayers provided to Tule Lake Irrigation District in
a political brokered budget deal. TID now markets water pumped from
these wells and seeks legislation to make those sales more profitable.

All American Agriculture is heavily subsidized; but the Klamath Basin's federal irrigators have been extraordinarily successful in obtaining benefits and subsidies worth tens of millions that are not available to most other agricultural operations. Democratic and Republican members of Congress alike appear eager to do the bidding of these rich growers. Generous political donations fuel that eagerness in a country which has the best government that money can buy.

Meanwhile the Klamath Tribes have been meeting with Interior Secretary Zinke and other Trump appointees in hopes of securing a deal that trades the Tribes' hard won in-stream fisheries water rights for funds to purchase land.  The tribal government's agenda has long been to get back into the timber business which ended when the Tribes' reservation was terminated in the 1960s. The former reservation became the Winema National Forest so that it would not be necessary to pay the Tribes for the timber.

Comprised of three tribal groups united in one tribal government, the Klamath Tribes are also considering getting into the marijuana business.

Fight over Klamath Refuges heats up

The Klamath's federal Irrigation Elite has long controlled what does and does not take place on the Klamath River Basin's federal wildlife refuges. They pulled off a coup in the 1960s with passage of a special law that made Tule Lake and Lower Klamath Refuges the only federal wildlife refuges in the country on which commercial agriculture is allowed.

Because it provides very little benefit to wildlife, most of the conservation community has longed to get commercial agriculture off the two refuges. With passage of the National Wildlife Improvement Act in 1997, conservationists believed they had the means to get that job done.

The Act specifically requires that activities and land uses on federal wildlife refuges must deliver the most advantages and support to wildlife; commercial agriculture on Lower Klamath and Tule Lake NWRs clearly does not. The Act required development of refuge management plans; but Oregon Wild (OW) and Water Watch (WW) had to sue to get the feds to develop plans for Klamath River Basin refuges.

Finally, early in 2017, the Comprehensive Management Plan for the Klamath Refuges was released. It did not transfer water rights from federal irrigation to refuge purposes as OW and WW had hoped and continued to allow the use of toxic pesticides on refuge land leased for agriculture. The two groups promptly sued the feds claiming that the Plan does not comply with requirements of the Refuge Improvement Act.

But the Irrigation Elite also sued, claiming that the new management plan would subject growers operating on the refuge to "numerous stipulations, such as prohibitions on post-harvest field work and genetically engineered crops" as well as restrictions on "alfalfa harvests....and disallow hazing of waterfowl during tilling and planting in late winter and early spring"

And so the long simmering conflict over whether it is OK to manage national wildlife refuge lands as industrial-style agricultural fields is once again heating up.

Completely lost in the conflict is a potential win-win. Farmlands within the bed of the former Lower Klamath Lake, once even larger than Upper Klamath Lake, were created by draining and shrinking the lake in the early 20th century. But the land is salty and so it can only be used to grow grain or for pasture, two agricultural activities that do not produce the high yields and income row crop growers in the bed of the former Tule Lake obtain. 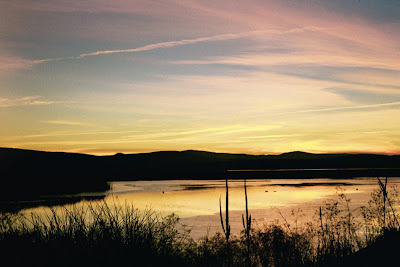 In recent years the lack of flushing spring river flows and poor water quality produced epidemic outbreaks of naturally-occurring fish diseases in the Klamath River. Those epidemics killed most juvenile salmon migrating down the River before they could reach the ocean. With Lower Klamath Lake even partially restored, Upper Klamath Lake water now used to flush disease organisms from the River's bed could be devoted to irrigation instead. Restoring Lower Klamath Lake is the best means to reduce or even eliminate conflict over who gets Klamath River Water water in dry years.

But for now at least, win-win solutions are not on the table. Instead environmental groups, the Irrigation Elite and Klamath River Basin tribes are each independently maneuvering, with the help of politicians, to extract what they most desire from federal bureaucracies, federal judges and the federal budget at the expense of taxpayers. As our president might say: "sad".
Posted by Felice Pace