Who's in the Klamath COW and why do they meet in secret?

KlamBlog has received documents from a whitstleblower who agrees with us that the Klamath is a public river and, therefore, all meetings about the future of the River ought to be open to any resident. Documents produced by the secretive Coalition of the Willing (COW) received by KlamBlog and available to read and download via Dropbox links are:
The  "Proposals" document reveals the priorities of participants including:
The KDD (It's an irrigation district operating mostly in the bed of the former Lower Klamath Lake) "winter water storage feasibility study" is particularly worrisome. It discloses that part of the agenda of Upper Basin federal irrigators is to take more of the water that would otherwise flow down the Klamath Rover. This time they are going after winter flows, water that would otherwise be stored in Upper Klamath Lake or flow down the Klamath River.  The nearby Tulelake Irrigation District (TID) is pursuing the same plan. In TID's case they want the winter water to refill a groundwater basin from which they have been extracting and selling water since they were given six big irrigation wells and pumps by the State of California in 2002. 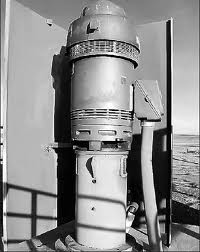 In 2002 the State of California gifted six irrigation wells and six big extraction pumps and piping to the Tulekake Irrigation District as part of that year's budget deal. Socialism, that is, receiving taxpayer funded subsidies, is a way of life for the Klamath's Irrigation Elite.

The last proposal, the On Project Plan, refers to a plan for operating the Bureau of Reclamation's Klamath Irrigation Project.  It was also a feature of the failed KBRA Water Deal and is meant to compensate for the surrender of water rights, or the ability to actually use those rights, by federal tribes, include those tribes giving up the right to make a "call" on water that Reclamation plans to deliver to federal irrigators in order to get that water left instream for fish.

Absent from the Project list is the Basin-Wide Flow Assessment that is an absolute necessity in order to determine, based on the best available science, the year around flows needed in the Klamath River and its major tributaries to support and restore aquatic ecosystems and salmon populations which depend on those ecosystems. KlamBlog is not surprised: knowing flow needs would make it more difficult to compromise those needs in a new water deal.

Most of those associated with these proposals are familiar characters to those who follow Klamath River issues, including representatives of the Yurok Tribe, Pacific Coast Federation of Fishermen's Associations (PCFFA) and the Klamath Water Users Association (KWUA) which represents the interests of the Klamath's federal irrigators. Participants include Craig Tucker, Mike Belchik, Dan Keppen and Glen Spain who were principle architects of and apologists for the KBRA Water Deal. Humboldt County Supervisor Steve Madrone is also a COW participant (and likely the one who suggested Biochar) as are several irrigation districts and a number of agricultural leaders.

Since there is nothing secret about these proposals, which some interests have been seeking publicly in other venues, why does the COW refuse to allow interested members of the public who also have a stake in Klamath Waters and members of the media to attend and participate? Why are the meetings secret? 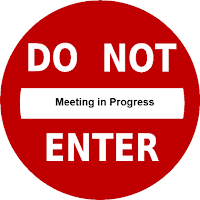 One will not find the answers in COW documents. COW members do not want you to know that their efforts are a direct response to the Trump Administration which told those who want to resurrect or replace the KBRA Water Deal that they must bring a completed Deal to Trump's Interior Department. The formula for that deal remains the same as it was for the KBRA and for over 30 other Tribal Water Deals which have already been endorsed and funded by Congress: Federal Tribes with water rights must give up those rights, or agree not to exercise them, in exchange for federal and state funding for tribal government and "restoration" so that mostly white irrigators can continue to control water to which they do not have priority rights.

Trading the real, wet water fish, people and aquatic ecosystems need for "restoration" is a bad deal. If you doubt it, ask yourself this: In an age of shrinking snow pack and climate disruption who in their right mind would sell or otherwise compromise a water right? Who, that is, except for tribal government officials for whom "funding" for their tribal government programs and seats in the water management back rooms are a higher priority than the needs of our River.

One of the COW documents linked to above discloses the date and location for the next COW meeting:  April 8-9 at the USFS/BLM Interagency Office, 3040 Biddle rd., Medford, Oregon. Like other recent meetings participants will include "non-federal and state agency participants" but no feds. Who else will show up? Maybe some of those young people who protest pipelines and the theft of Trinity River water. Maybe KlamBlog will show up to propose that basin-wide flow assessment. Maybe you will show up too!

Afternote: Because we believe matters pertaining to public rivers and public water ought to be public, and because we believe sunshine helps counter mischief and corruption, KlamBlog will publish other documents that some want kept secret. Send them to Unofelice@gmail.com or call 707-954-6588 to arrange for document transfer to KlamBlog.
Posted by Felice Pace