The Klamath's Salmon Disaster: Why it happened, who's responsible and what's needed now

In his recent Indy Media report, Record Low Klamath Salmon Run Spurs Tribal,Commercial and Sport Fishery Closures, reporter Dan Bacher claims that projected low salmon returns to the Klamath River are "due to a combination of several years of drought, water diversions in the Klamath Basin and to the Sacramento River and the continued presence of the PacifiCorp dams." Dan's claims repeat talking points and press releases from tribal and fishing leaders who seek to advance their own agendas, including Klamath Dam removal and federal disaster relief payments. But those claims are not the reason there will be record low returns of salmon to the Klamath River and severely curtailed salmon fishing this year.

To find the real reasons for the Klamath's current salmon disaster we should look not to the statements of tribal political leaders but to the findings of fish scientists. Those findings are clear: projected low returns of adult salmon to the Klamath River this year are a direct result of a 2013 Biological Opinion on federal water management in the Upper Klamath River Basin. That opinion allowed the US Bureau of Reclamation, which operates the 220,000 acre Klamath Irrigation Project, to cut Klamath River flows in winter and spring in order to maximize the amount of water available for diversion and delivery to irrigators the following summer.

Scientists confirm that low winter and spring river flows are the main reason why, since 2013, between 48 and 90% of the young salmon born in the Klamath River Basin have died before they could reach the Pacific Ocean. The low flows are a direct result of the 2013 Biological Opinion, not dams, drought or Trinity River diversions. 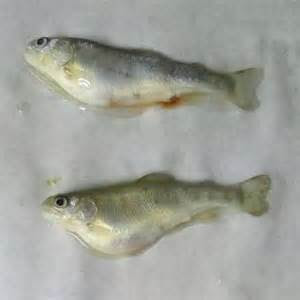 Most salmon born in the Klamath River die before they can reach the Pacific Ocean because
unnaturally low winter and spring river flows cause salmon diseases to become epidemic.

Why are tribal and commercial fishing leaders not talking about the real reason for low ocean salmon abundance and expected disastrous Klamath salmon returns? I suspect the main reason is the failure of those very leaders to challenge the 2013 Biological Opinion which resulted in up to 90% of young salmon dying before they could reach the ocean.

Because it did not adequately protect either Klamath River Coho salmon or Kuptu and C'wam, two endangered sucker fish endemic to the Upper Klamath River Basin, I began calling for the 2013 Biological Opinion to be legally challenged soon after it was adopted. Tribal officials and the leaders of fishing organizations ignored those calls; one commercial fishing leader actively opposed a legal challenge.

At the time, those leaders were in secret negotiations with the feds and Klamath Basin irrigation interests. I believe tribal and fishing leaders allowed the corrupt 2013 Biological Opinion to go unchallenged for four years because they hoped Congress would approve the KBRA Water Deal. While that hope stood, tribal and fishing leaders did not want to rock the regulatory boat. 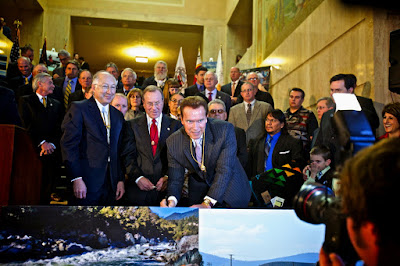 Even after the demise of the KBRA Water Deal, these leaders did not immediately step up to challenge the 2013 Biological Opinion even as more and more young salmon died. Finally, the Hoopa Valley Tribe, which never signed or supported the KBRA Water Deal, filed a legal challenge. The Yurok Tribe, Pacific Federation of Fishermen's Associations and Klamath Riverkeeper followed Hoopa's lead and together filed a separate legal challenge.

Those challenges have now been successful. Because of the strong science backing the River's need for high flow events, federal judge William Orick threw out the 2013 Biological Opinion and ordered the Bureau of Reclamation to immediately provide increased winter and spring river flows.

It is great that better flows for salmon have now been secured. Preparation of a new biological opinion on operation of the federal Klamath Irrigation Project will provide an opportunity to end the political corruption of science. A new biological opinion which will adequately protect Coho, Kuptu, C'wam, as well as Bald Eagles and other migratory birds, while providing for responsible and sustainable irrigation is achievable and should be the goal.

There are those who think that inconvenient truths, like the failure of the very leaders and organizations claiming to be the defenders of Klamath Salmon to challenge a corrupt biological opinion, should not be mentioned; that we should focus on the future and not the past. But admitting and taking responsibility for mistakes is not only a sign of maturity, it is key to not making similar mistakes going forward.

Those responsible for the current salmon disaster should take responsibility for the roles they played in creating it. By allowing the corrupt 2013 Biological Opinion to stand for four long years, tribal officials, the leaders of commercial and sport fishing organizations and local environmental organizations are, in part, responsible for the Klamath's salmon disease epidemic and the suffering it will cause for years to come.

The leaders are not, however, the only ones who bear responsibility. The people of the Klamath River, who are members of these tribes and who contribute money to these organizations, also bear responsibility. We need to be more diligent in making sure our leaders don't ever again get led down the wrong paths and end up compromising the health of our River and its salmon.

Our leaders need and deserve our support as well as our criticism. I believe they really do want to do the right thing; but it is awfully hard to keep your direction and good sense in those back rooms with the feds and the irrigators. In addition, these governments and organizations all have legitimate political and funding agendas that have little or nothing to do with the needs of the Klamath River and Klamath Salmon. Even the governments of salmon tribes are, when all is said and done, still governments. All governments are prone to error and all need citizen oversight. Organizations, especially corporate organizations, are not any better; they too require oversight by the people.

The Klamath River and Klamath Salmon need independent citizens, and in particular tribal members, fisher persons and others who care about the River and Klamath Salmon, to closely monitor the actions of tribal governments, fishing organizations and environmental groups. Diligence and oversight by the people of the Klamath River, will keep our leaders from wandering off the right paths. Please do your part.

I, as Klamath Tribal Councilman, at Large, have opposed and spoken against the Biological Opinion since the beginning. I continue to challenge the Biological Opinion and look forward to working with lower river tribes to bring better solutions for waterway and aquatic species protection. We must all work together.

Although not the root cause, ongoing gill netting (night time power drifting) by tribal fishermen continues every year despite low projected returns. This activity results in the take of hundreds of fish per year by just one family. The tribes need to follow through on their goals to protect the fish even if it means restricting the "subsistence" harvests throughout the lower Klamath and trinity river gorge.

Here is a recent article that puts the current Klamath salmon issue in the historical context: