by
Felice Pace, KlamBlog editor
The early September article in the Medford Mail Tribune was unequivocal:
The federal government will invest $162 million over the next five years to restore the health of the Klamath Basin, including $26 million this year. Endangered suckers and salmon in the Klamath Basin have a greater shot at survival thanks to federal funds awarded this week.

We have been engaging in restoration within the Klamath River Basin since at least passage of the Klamath Act in 1980. Over several decades, hundreds of millions of dollars have been expended on projects to restore salmon in the lower Basin and suckers in the Upper Basin. Klamath River Basin restoration has now been institutionalized as an ongoing program of the US Bureau of Reclamation and the National Fish and Wildlife Foundation.

And yet, in spite of so many "projects" and so many dollars expended, neither Shortnose and Lost River sucker fish in the Upper Basin, nor Coho and Chinook Salmon in the Lower Basin, have recovered. The two sucker species continue to fail to reproduce in Upper Klamath Lake and captive breeding, a last ditch effort to prevent extinction, is being employed.

In the Lower Basin extraordinary efforts in the Scott River Valley, Seiad Creek and elsewhere to build excellent Coho spawning and rearing habitat have been of limited success. Low flows in the Scott and Klamath Rivers and fish diseases related to poor water quality and inadequate flows continue to annihilate juvenile salmon before they can reach the Pacific Ocean and to prevent adults from reaching restored spawning habitat in some years. 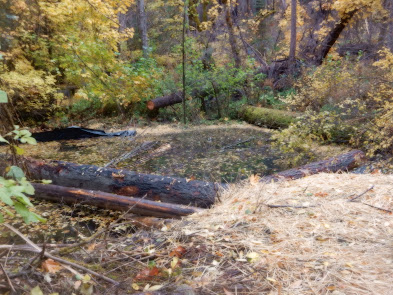 In fact, even as habitat restoration has accelerated, Klamath River Spring Chinook Salmon were listed pursuant to the California Endangered Species Act (C-ESA) and qualified as a "candidate species" for federal ESA protection. Even the lamprey, known locally as eels, is now considered at risk. 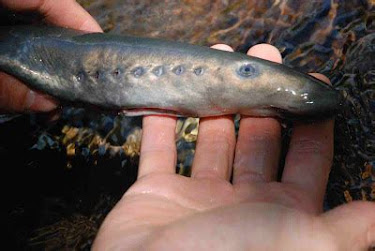 Worse yet,  dozens of dead adult salmon recently showed up on the Lower Klamath River. 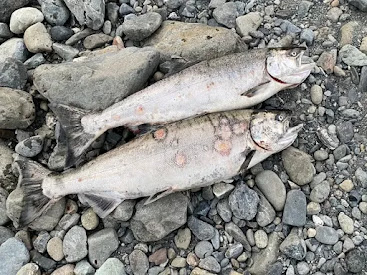 So what is going on? Why has over 40 years of restoration only resulted in more species qualifying for ESA and C-ESA protection?

The answer is that restoration has not been about recovery. If recovery had really been the goal, all those many millions would have been spent purchasing and retiring water rights from willing sellers. That would have been done to provide the Basin's at risk aquatic species with what they most need, that is, water. Without adequate streamflows none of the Basin's at risk aquatic species will recover.

If recovery has not not really been the goal, what is and has been the real objective behind the expenditure of hundreds of million dollars on restoration projects? I think the real objective is to buy off those who are most connected to and most concerned about the endangered suckers and the threatened and at risk Klamath River Salmon.

Even some "environmental" organizations have become over-dependent on restoration funding. Sustainable Northwest is one such organization, but not the only one.

The problem is not that those engaged in restoration have not been successful. In fact, over several decades federal and state funding has restored lots of habitat throughout the Basin. But that habitat is either not available to the species at risk, or the habitat is not effective. The lack of adequate flows in our streams and rivers has too often prevented adult salmon from reaching the restored habitat, or has annihilated juvenile salmon born in that habitat before they could reach the Pacific Ocean.

The situation with the Shortnose and Lost River sucker fish is a bit different. In that case, federal bureaucrats excluded from Critical Habitat designation (and from restoration funding) the only place in the Basin where the fish were successfully reproducing, that is, Clear Lake and Willow Creek in the Lost River Basin. 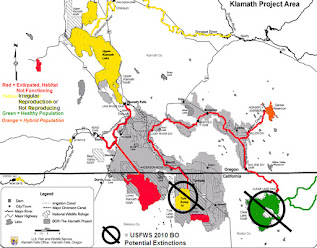 The exclusion of good sucker habitat in the Lost River Basin from Critical Habitat designation was accomplished by an employee of the US Fish & Wildlife Service. After he retired from the service, Curt Mullis, the official responsible for the corrupt Critical Habitat designation, bought a ranch within the federal irrigation project and became, for a time, a board member of the Klamath Water Users Association, the organization which represents federal irrigators and which is dominated by wealthy Tule Lake growers.

The Tule Lake growers wanted the watershed in which they operate, the Lost River Basin, excluded from Critical Habitat for endangered suckers. With the help of Curt Mullis, they got what they sought. You can learn more about that situation and about the Klamath's Irrigation Elite on KlamBlog. Restoration of endangered sucker habitat has since focused around Upper Klamath Lake. So far those efforts have not been successful.

If we are ever going to recover the Klamath's at-risk aquatic species, the situation described above will have to change. Instead of spending more to enhance habitat, recovery requires redirecting restoration funding to purchase and retire water rights from willing sellers. Such a program should be basin-wide, including the Scott and Shasta Watersheds as well as the Upper Basin. Only when we provide adequate flows year-around will the habitat we've been restoring for decades become effective. Adequate flows requires retiring water rights.

We can't count on the restoration and watershed councils to secure the flows needed either; they fear getting "political" would negatively impact their access to restoration dollars. Likewise, those environmental organizations currently involved in the Klamath River Basin, either get restoration dollars themselves or have limited the scope of their involvement to the needs and health of the Basin's wildlife refuges.

Who can we count on?

Demanding the flows our rivers and streams need to be healthy will result in conflict. Adequate streamflows means less water for irrigation and any decrease in irrigated acres has and will be fiercely opposed by dominant irrigators. Only an organization that is ready to deal with opposition and conflict will be free to do what it takes to restore river and stream flows.

So who can the Lost River and Shortnose Sucker Fish and the Coho and Spring Chinook Salmon count on to battle for the flows needed not just to restore habitat but to actually recover the aquatic ecosystems on which sucker fish and salmon depend?

There was a time when the Klamath Forest Alliance played that role. In recent years, however, that organization ended its river program and now works exclusively on forest management and related issues like wildfire. Back then Oregon Wild was more involved as well, as was Water Watch of Oregon. In recent years, however, those organizations have focused on the very dire conditions on the Basin's wildlife refuges and have not taken action to seek the river and stream flows needed for real aquatic and fisheries recovery to take place.

Baring emergence of an environmental organization prepared to take on entrenched water interests, the Klamath River Basin's six federal tribes remain the best hope for action to secure the flows our rivers and streams need to be healthy. The tribes have the administrative capacity and scientists but appear to currently lack the solidarity and political will to take on entrenched irrigation interests and the politicians who support those irrigators.

But I believe change is coming. I envision the Basin's young people, a new generation, and in particular those Indigenous native youth who have become involved in River and Salmon issues, stepping forward to lead their tribes in the struggle for adequate flows in the Klamath, Shasta and Scott River Basins. I believe they will get the job done. 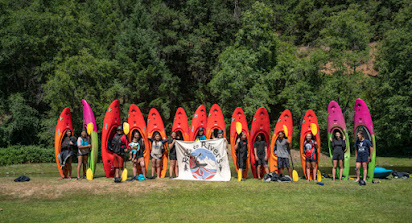 A new infusion of restoration funding is a big loss for the Klamath River because it keeps the Basin's federal tribes, watershed organizations and some environmental organizations dependent on those dollars and the jobs they support. While they are dedicated, hard working and well meaning, those entities are bought in to the current restoration paradigm. The funding will not be used to purchase water rights from willing irrigators and dedicate that water to instream use.

Excellent article. Thank you! Fixing habitat is no help when there is not enough water.

I appreciate your knowledgeable articulation of the problem. Thanks for your post.